Ginkgos are more than just gorgeous trees. Here's why.

Our own little Ginkgo tree (Ginkgo biloba) in the Meditation Garden lost all of its leaves today!  To celebrate this beautiful tree, check out these amazing facts. 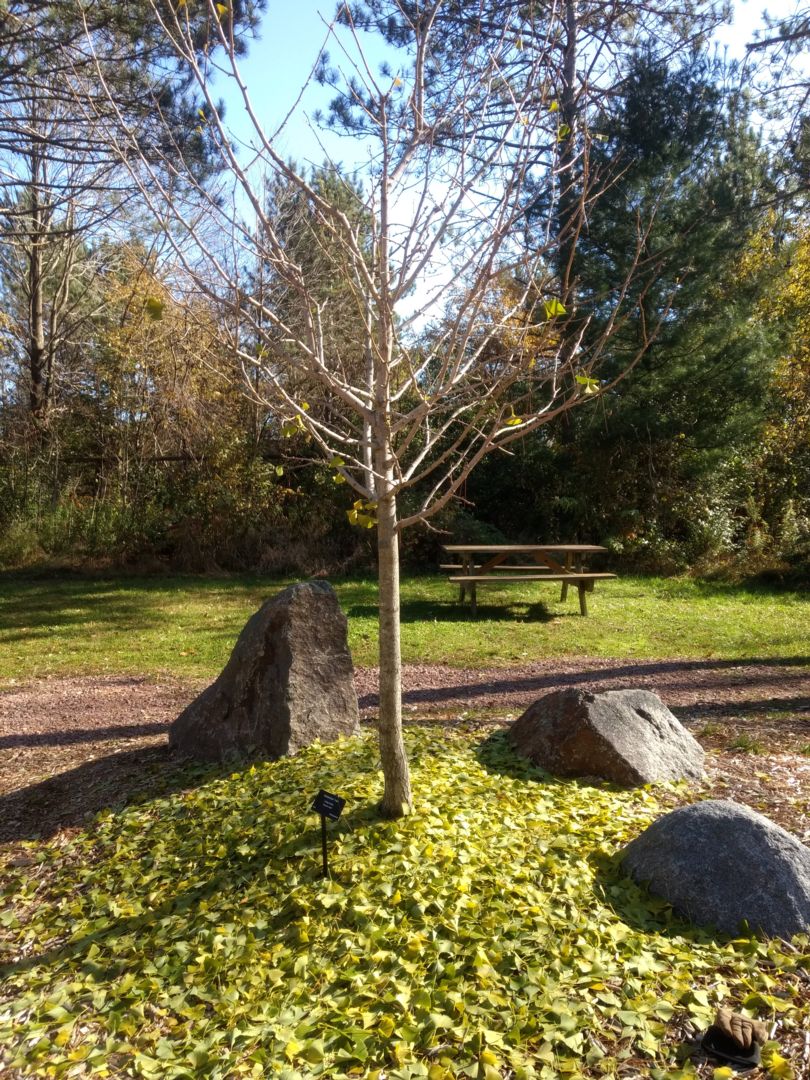 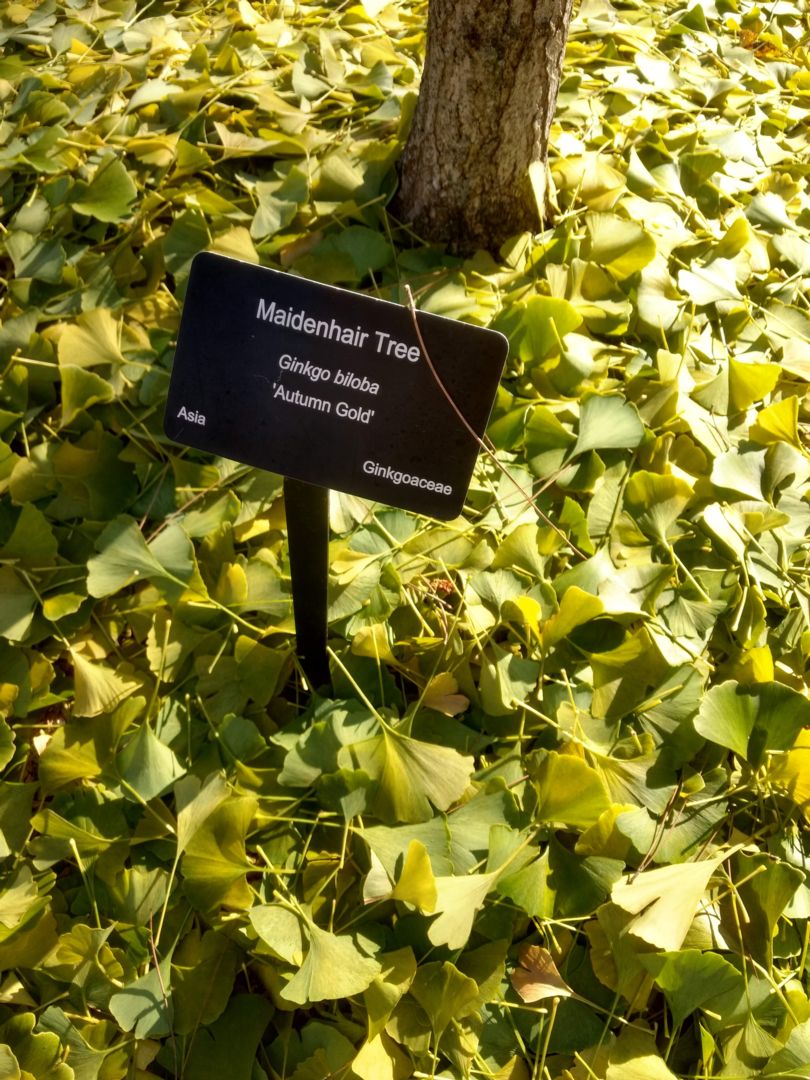 Ginkgos are as old as the dinosaurs.

Ginkgos are sometimes called a “living fossil” because they are extremely old yet have changed very little over time.  Preserved remains of Ginkgo trees and their former relatives have been found that are over 200 million years old, and researchers find only small differences between the ancient fossils and modern trees.

They have been kept alive and spread across the world only because of people.

The Chinese originally took interested in Ginkgos and began cultivating them as a unique nut tree.  Ginkgos were a rare species, but this cultivation not only kept the trees alive, but also spread them throughout Eastern Asia. They were eventually introduced to Europe and North America, where their hardiness has made Ginkgos a popular choice for landscaping and urban planning.

They are truly one-of-a-kind trees.

The Ginkgo family (Ginkgoaceae) of plants is a monotypic group, meaning the family only contains a single living species.  All of the Ginkgo’s closest relatives have died out, so there is really nothing on earth like the Ginkgo tree!

They drop all of their leaves at once in the fall.

Unlike other trees that drop their leaves over a few weeks, ginkgo trees lose all their leaves in one massive leaf drop. This usually occurs in a single day right after the first hard frost of the season, and it leaves the ground carpeted with beautiful yellow leaves.

Because of the way Ginkgo trees lose their leaves, researchers can easily record the date of their leaf drop each year.  These data indicate that the leaf drop is happening later and later in the fall, as climate change alters normal seasonal patterns.

Female trees produce a stinky seed that is said to smell like vomit or rotten butter.  Since this smell is extremely unpleasant, all of the ginkgos you find in nurseries and outdoors are likely male trees.

It is believed to have medicinal properties. 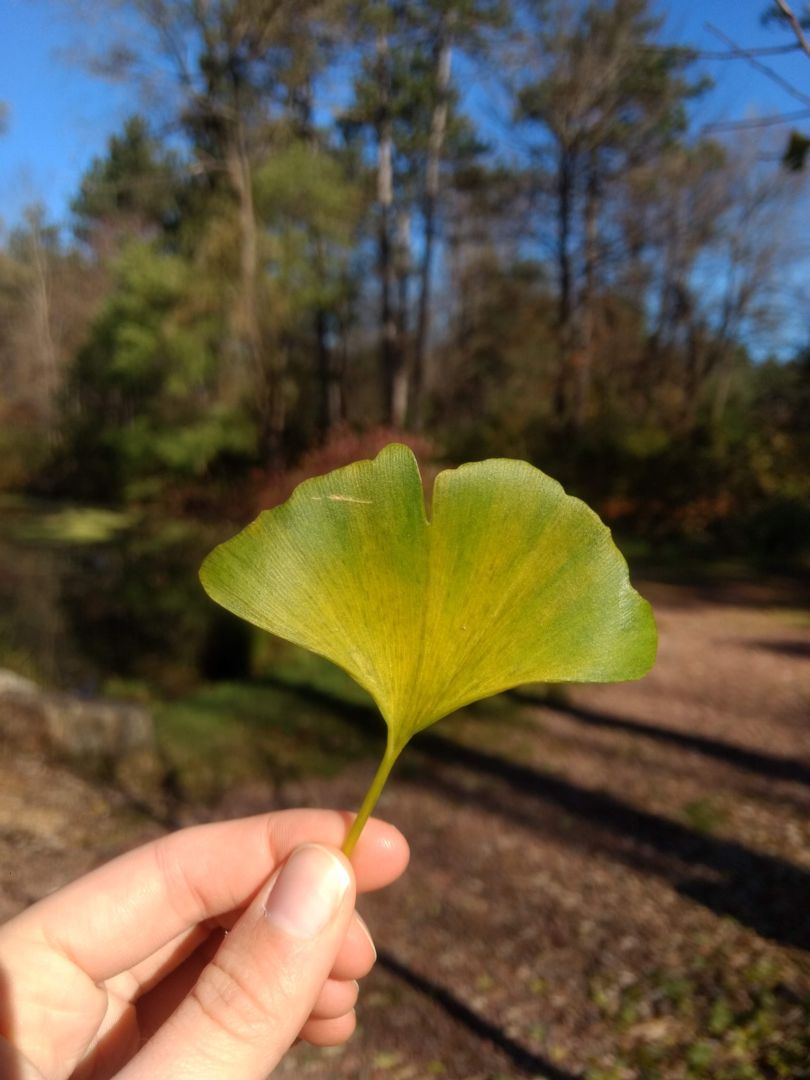 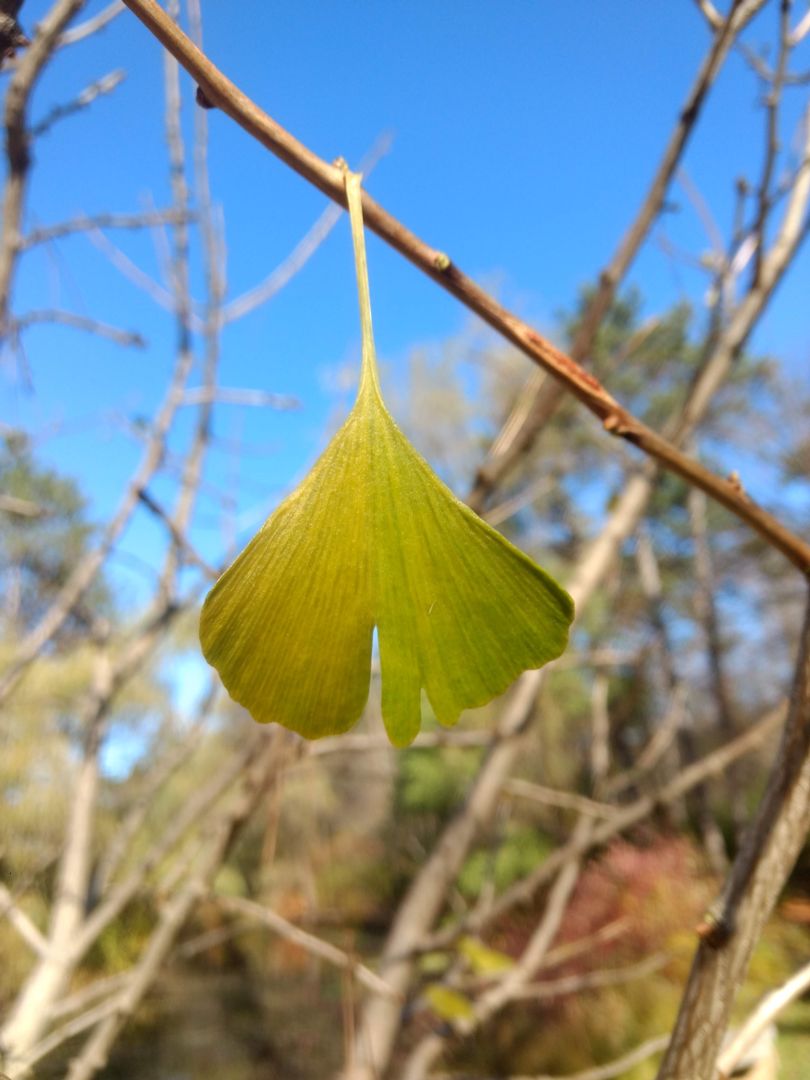